Mission Harvest is a 501 (c) 3 nonprofit humanitarian aid organization, founded in 1991 by Dr. Dewey Painter. We provide services to a wide network of organizations and agencies such as churches, missions, hospitals, schools, social agencies, civic groups, veteran’s organizations and more. We regularly send needed materials to 43 states, including many Native American Reservations, and to poor communities in Appalachia. We also ship to 80 foreign countries. In the past 30 years we have shipped over 219 million pounds of food, clothing, medical equipment and supplies, school supplies, furniture and household items. We also ship quantities of Bibles, tracts, etc. around the globe. Our mission is to help the homeless, the hungry and the hurting across the United States and around the world.

To meet humanitarian aid needs through cooperation with churches, missions, civic and veterans groups, governmental agencies and other non-profit organizations by providing DONATED materials and services through a worldwide network. To stand ready to respond immediately to emergencies and natural disasters such as floods, hurricanes and tsunamis, and to help the homeless, the hungry and the helpless in the United States and around the world. 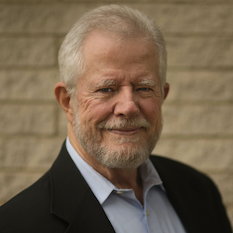 For over 30 years he has assisted in crisis management and disaster response, providing a long list of services for those in need. Chaplain, Dr. Adams is a #1 Best Selling author, minister, and educator. He is President of Mission Harvest America, Inc, a 30+ year charitable organization dedicated to assisting in meeting the humanitarian and spiritual needs of people worldwide. He has a passion for educating and training leadership in both corporate and ministry organizations. He has specialized in teaching Bible, faith-based Emergency Management and crisis response/recovery. Dr. Adams holds a PhD in education, a Master of Arts (MA) in Emergency and Disaster Management and a D. LITT(Honorary). He serves on the Board of Regents and as a faculty member of Taongi National University (TNU) in Liberia. He has been involved for over fifty years in active ministry, as a pastor, and missionary. He has experience in the administration of faith-based agency development and effective execution of humanitarian aid programs and crisis relief work globally. Dr. Adams has been honored with numerous national and international awards for his work with crisis response and Chaplaincy. 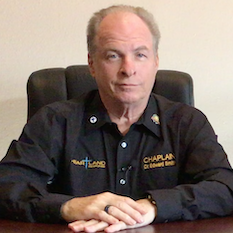 Dr. Smith’s accomplishments are many, not the least of which are his ministry accomplishments. He is highly recognized and respected globally as a Chaplain, educator and mentor. His extensive and successful  background in law enforcement chaplaincy, crisis and corporate chaplaincy has garnered Dr. Smith acclaim throughout the world. He is currently Chaplain for the Dallas County District Attorney’s Office (Investigator Division), Dallas County Police Department. He has served as President and Chaplain for Victim Relief Ministries and has trained thousands of chaplains and responders to work alongside police and crime victims. He has managed disaster deployments throughout the United States as well as numerous other countries. Dr. Smith has partnered with some of the premier disaster response and recovery ministries including Somebody Cares, Crisis Response Ministries, Heartland Response, United Cry, and the Race Track Chaplaincy of America. His own ministry Chaplain Ministries Global maintains global impact which continues to thrive and expand. He holds doctoral degrees of Divinity, Ministry and History through Primus University of Theology. He serves as adjunct professor and has taught at the Law Enforcement Management Institute of Texas (LEMIT) to Chiefs of Police and Command staff from law enforcement agencies throughout  the State of Texas. His love of history and passion for education have combined to make him a diverse and noted speaker, lecturer and trainer. 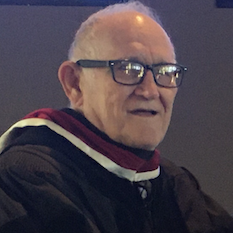 Retired U.S. naval supply officer for 22 years and is currently serving as National Recruiting and Retention Committee member at large at National Headquarters U.S. Air Force/Civil Air Patrol at Maxwell AFB, Alabama, as chaplain lieutenant colonel. He was knighted into the Military Order of St. Michael in September 2002 where he assumed the duties as the Grand Knight under the Duke of Salem and as such was also given the title of Count of Salem. He is co-founder and executive director of the South East American Indian Council, Inc. and founder of Mission Harvest America, Inc. He is currently serving on community action boards for the University of Florida College of Pharmacy and University of Florida College of Journalism, HEMI, Florida Occupant Protection Coalition, Advisory board for MAYO Clinic Spirit of Eagles and project manager for Florida State Department of Health and South Carolina State Department of Health for American Indian Cancer and related programs, president of the U.S. CBD Manufacturers Association and senior partner for VHDP Associates, LLC.. He is an active elder member of the White Bear Muskogee Tribal Village in Florida. His professional membership and achievements include professional clinical member, National Christian Education Association, certified pastoral counselor, National Christian Education Association. He is certified as a post-graduate professor, post-secondary teacher and secondary teacher. He is listed in “Who’s Who in the South and Southwest,” “Who’s Who in American Education” and “Who’s Who of International Professionals.” He was awarded a Certificate of Accomplishment by “Who’s Who of International Professionals” and awarded the Military Chaplaincy Association’s Distinguished Service Award in 2003. 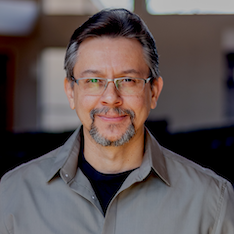 Michael began working in the field of electronic and networking technology in 1991, and with a passion for Christ, he is completing his degree in Biblical Theological Studies to pursue his calling in life. He had the opportunity to be the youth pastor and the worship leader for different congregations. The worship ministry became one of the main ministries he has been leading for around 25 years, equipping worship team ministries and writing songs, which some of them have been capture on his two musical productions. God used these musical productions to expand the ministry around the Caribbean, Central America, South America, and the United States, where he was able not just to play music, but also to teach the Word of God in conferences and multiple churches.  Over the years God have been taking Michael, his wife Michelle and two sons Matthew and Samuel in an adventure from place to place, like International House of prayer in Kansas City, Missouri, and the state of Florida, preparing them for the time they are living. God have deposited on their hearts love and passion for the souls, specially for the hispanic people in different needs. They understand this is the call for this season in this place where they have been established. God has blessed him to be the Pastor of Lifeline Church in Denton, Texas for the last 4 years. Recently, the name of the church was renamed Portal de Vida Church.